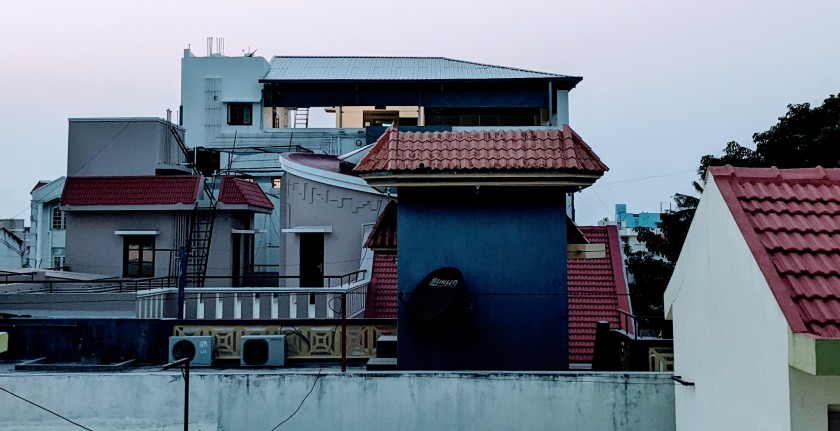 Disclaimer: This probably is not as hilarious as it’s in my head. Proceed cautiously and flee as necessary. Oh, and the picture has nothing to do with the post; I just thought it made for an interesting array of geometric shapes. Unless.. you considered an artistic expression of the various contours that are juxtaposed in a domesticated life. If so, just ignore the previous comment. The pic is all about the post.

I’ve been struggling against writing a post for a few days now. Once alternative commitments become overwhelming, it is as though my creative well starts overflowing with juice and I find muses in every nook and cranny I turn to.

Those who are regulars here might notice a few small changes. I’m currently in the process of tidying up my blog for something amazing. And that includes the laborious process of going through every single post and making corrections, modifications, deletions. As of now, I’ve got one year worth of stuff left to cover

Now, the reason I’ve taken time out from said labour to pull you into this conversation is a hilarious moment that just passed. So here I am, sifting through the blog, going about my business, when I suddenly find this poem I wrote waaaaay back in 2017. Not a particularly amazing poem, but I liked the initial lines, and I remembered as I read it, that I had written it for MB back then, a few months before our wedding.

I decided, unnecessarily, that it might be good to renew some of that romanticism that’s been gaining dust for some time, and sent him a screen shot. I expected him to reach with a smile, maybe a kiss, maybe a love emoji.

I spent the next 5 minutes rolling around in my bed, laughing. To think that all those years of whisperings sweet nothings and sharing pieces of poetry and swooning at the passionate prose that flowed through out chats should come to this.

He calls me in another couple of minutes and the message features nowhere in the conversation. He needs me to bring his laptop to his hostel room. Maybe we can spend some time there too, he says. Watch a movie perhaps. Sure, why not. I chuckle again as I pack the bag and grab my keys.

After four years of marriage, maybe there isn’t as much romance in us anymore but there sure is a lot of scope for hilarity. And that curve only seems to going up.

Every time I am done with a large deadline, I feel an enormous wave of calm wash over me, as if all my worries were over for the rest of my life. Of course, I am well aware that they are not, but somehow my brain shuts down negativity and allows myself to indulge in […]

Today is marked by light. I’ve often wondered about the denial one sees in addicts. I’ve seen it in my father who’d always proclaim his ability to stop drinking if he wished to; how it wasn’t something that controlled him.

I checked with my neurologist husband and even he couldn’t verify how true it was. That post about hacking happy hormones. How endorphins are evoked through exercise or laughter, dopamine through finishing tasks, oxytocin through hugs or pets and serotonin through meditation. But it felt right to me somehow. In any case, I’m running low […]

I didn’t have enough words in me to capture that moment. So I wondered, why not capture it as it is. One of those rare moments of clarity when the world falls away and all that remains is a feeling of silent awe of being here, in the present moment, as part of something infinite.

When the ghosts of old love refuse to leave.

I am not ambitious for ecstasy, you will ask me to think of the future, but the decade to come pales before this second, the span of my life is less important than its quality. I want to sit here in the mild sun and try not to think, try and escape the iniquity of […]